What is Locality Sensitive Hashing (LSH) ?

Where is LSH used ? What are some Applications of LSH ?

LSH is used in several applications in data science. Here are some of the popular ways in which LSH is used :

Algorithms based on LSH are used in various domains such as security (digital forencics), anti-spam, digital video finger printing, image and audio similarity and so on..

What are some LSH Implementation Techniques?

There are many algorithms to implement LSH. The popular ones are:

This technique comprises of randomly generating a series of hyperplanes that partition the space. Items lying in the same partition have the same hash value.

Consider a dataset with N points, each with d dimensions.

To maximize the probability of finding similar items in the same bucket/ same hash, repeat the process L times generating L different sets of K hyperplanes and corresponding hashes for each item. Effectively we have constructed L independant hash tables for the dataset.

, in order to retrieve a similar item:

This process is shown in the picture below, how each hash table is constructed based on the space partitioned by the hyper-planes. 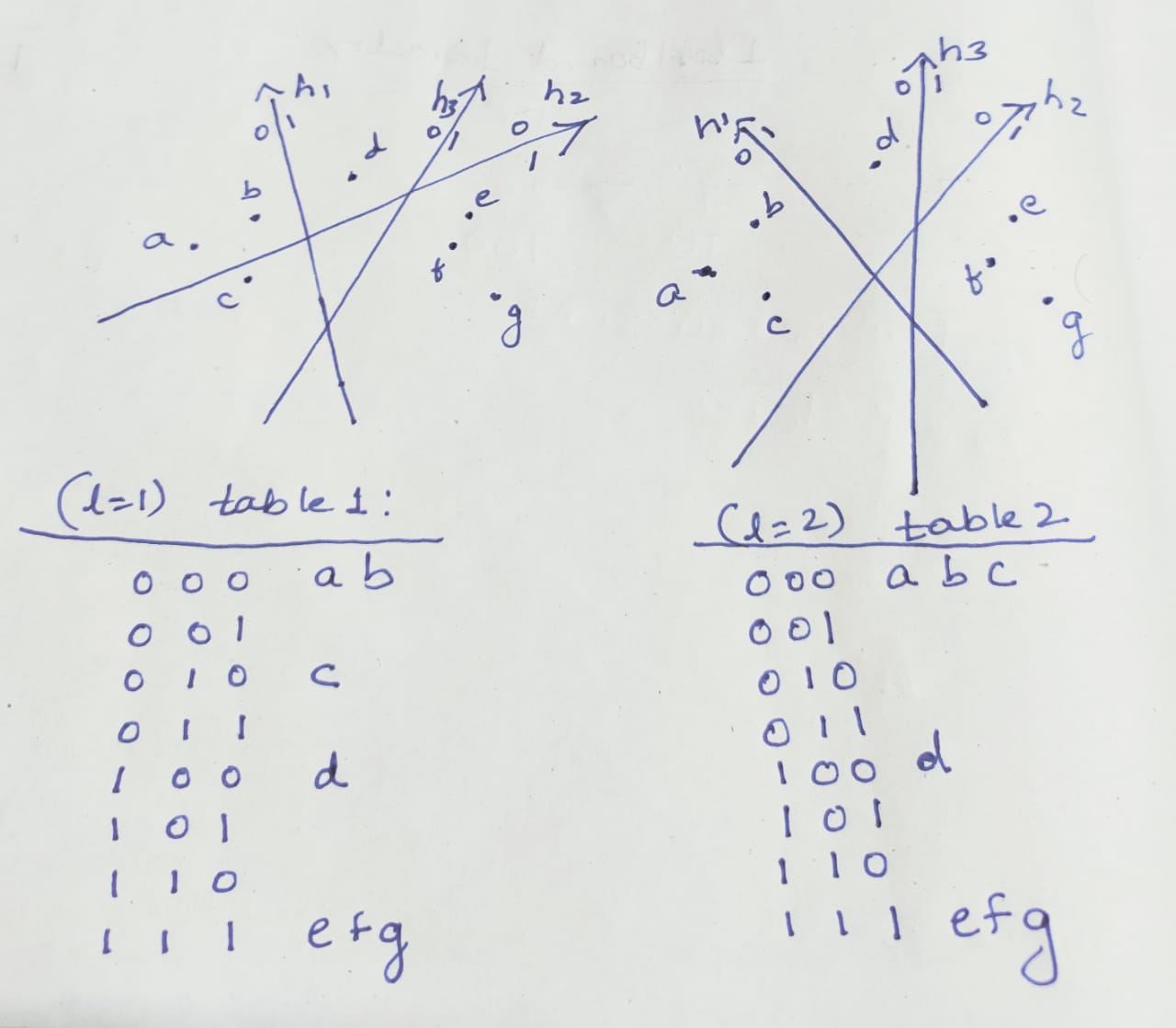 How to use LSH in Python ?

The LSHForest module in scikit-learn is a ready implementation of random projections based locality sensitive hashing in python for nearest neighbour search.

Code for TLSH is open-source and available in github: