Recap: Skip-Gram model is a popular algorithm to train word embeddings such as word2vec. It tries to represent each word in a large text as a lower dimensional vector in a space of K dimensions such that similar words are closer to each other. This is achieved by training a feed-forward network where we try to predict the context words given a specific word, i.e., 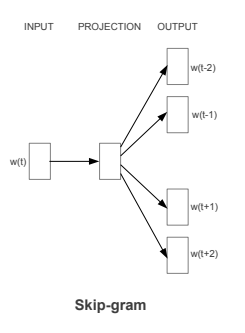 is the context word and

is a specific word

Why is it slow:  In this architecture, a soft-max function(above expression on RHS) is used to predict each context word. In practice, soft-max function is very slow in computation, especially for large vocabulary size.