This video explains the technique of Recursive Feature Elimination for feature selection when we have data with lots of features.

Why do we need Feature Elimination?

Bottomline: It is useful to remove redundant features in many cases.

What is Recursive Feature Elimination or RFE?

Recursive feature elimination is the process of iteratively finding the most relevant features from the parameters of a learnt ML model. The model used for RFE could vary based on the problem at hand and the dataset. Popular models that could be used include Linear Regression, Logistic Regression, Decision Trees, Random Forests and so on.

The following block diagram shows the process of iterative feature elimination. We start with all features. Build a model and remove the least important features based on the parameter values from the model. Now rebuild the model with the remaining features. This process continues recursively until no more features or removed, or we have reached the requested number of features. 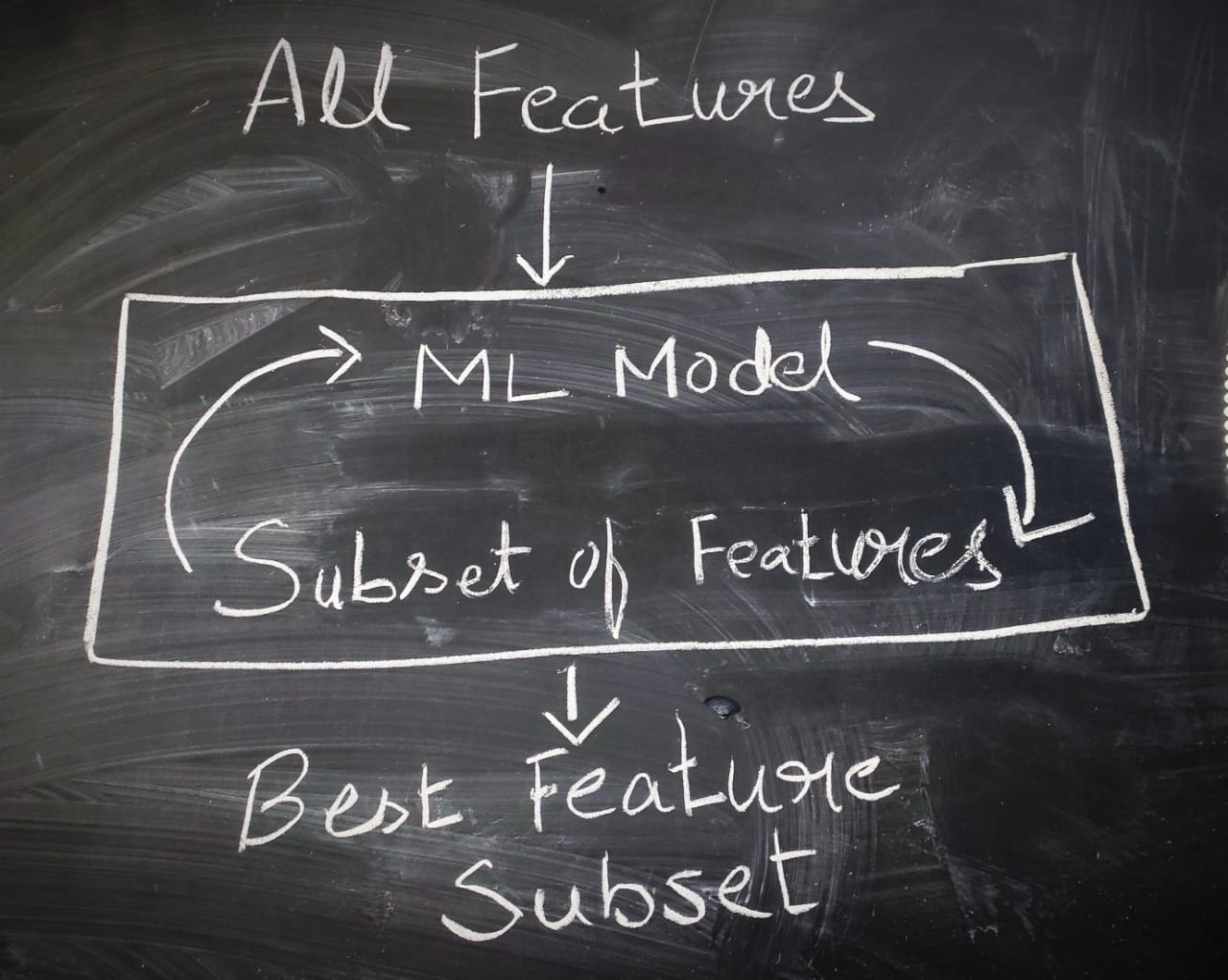 How can use use Recursive Feature Elimination in Python?

Recursive Feature Elimination or RFE can be readily used in python for feature selection.  Checkout the following piece of code to get an idea how RFE can be used.

For more information, refer to https://scikit-learn.org/stable/modules/generated/sklearn.feature_selection.RFE.html