Often in data science, we want to understand how one variable is related to another. These variables could be features for an ML model, or sometimes we might want to see how important afeature is in determining the target we are trying to predict.

Covariance between two variables measures the direction of linear relationship between a set of variables. 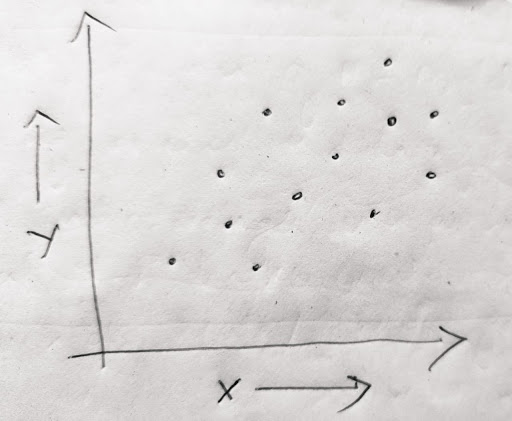 For instance, in the picture above, we see that as the value of X increases, the valye of Y increases as well. This means that there is a dependence between X and Y. This notion can be formalized with the concept of covariance.

The following is the mathematical definition of covariance : 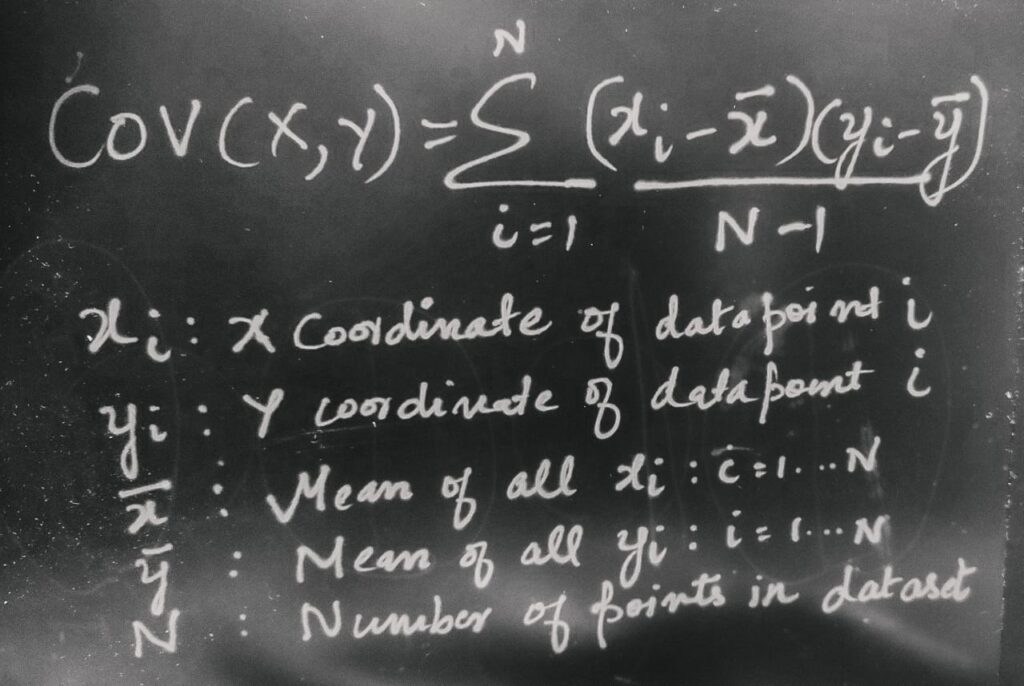 However a high value of covariance does not necessarily mean a strong relationship. Thus comes Correlation to the rescue!

Correlation helps measure both direction and strength of linear relationship between a pair of variables. Correlation is a covariance normalized by standard deviation of both the respective random variables. The formal definition of correlation (pearsons correlation coefficient) follows: 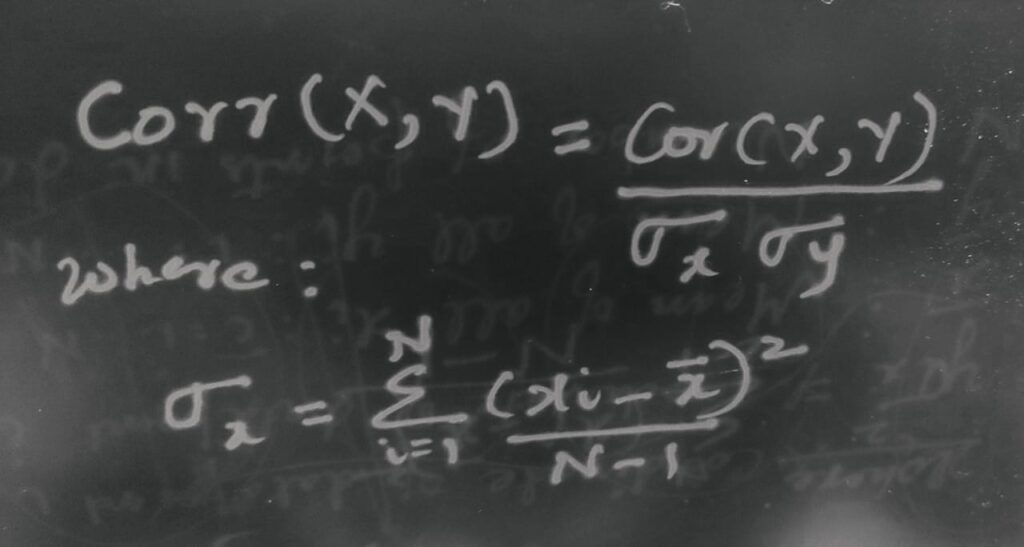 Summary of Differences between Covariance and Correlation: 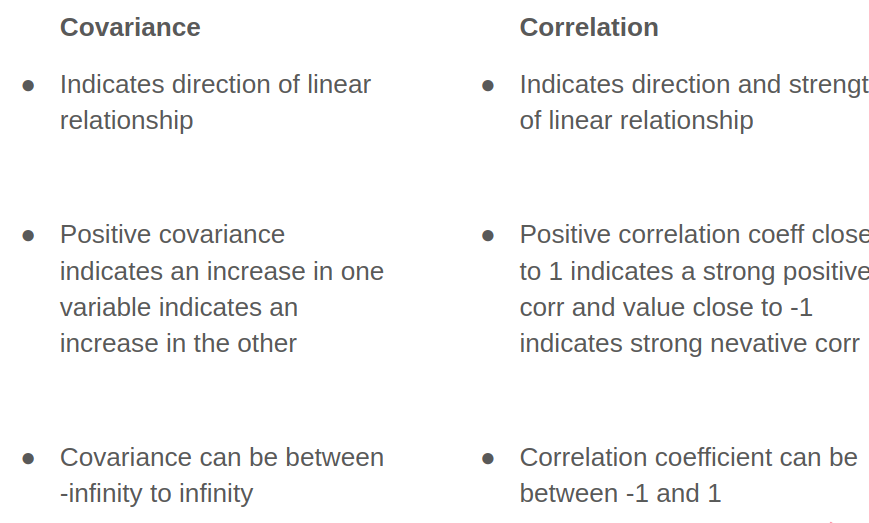 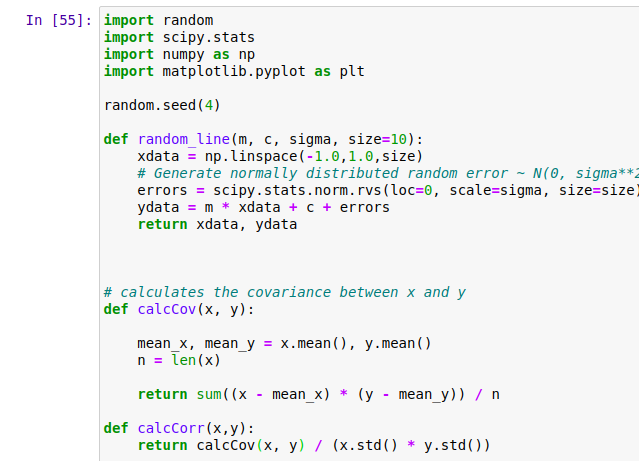 We now look at the covariance and correlation of the first data set geenrated – the points are along a straight line with a positive slope indicating a strong positive correlation. But we note that the covariance is not so high. This is because the variance along the X and Y directions is not high to begin with. The value of X and Y all lie between -1 and 1.

In the next example, we see that the points show a low correlation, without much discernable pattern. However the correlation is high since the variance along Y direction is high.  Y values are spread from -10 to 15. 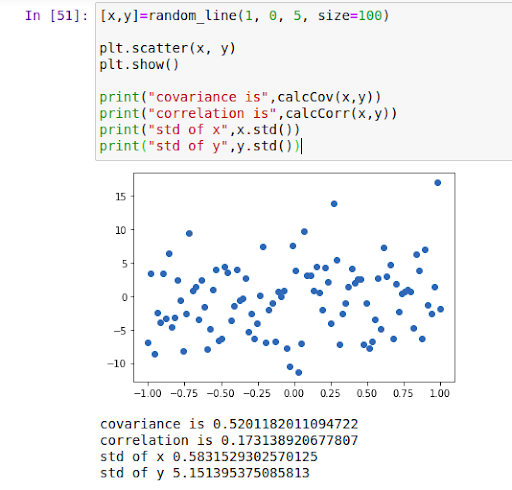